When the Declaration of Independence was signed on July 4, 1776, more than 90 percent of the workforce in the soon-to-be United States were farmers. Today, less than 2 percent of the population farms.

While most people, myself included, consider ourselves to be pretty lucky to have the ability to go to a grocery and buy food without having to make producing food our main occupation, I think we were pretty lucky that when the Revolutionary War began, we had a lot of farmers in the Continental Army.

1. Farmers are used to all kind of weather 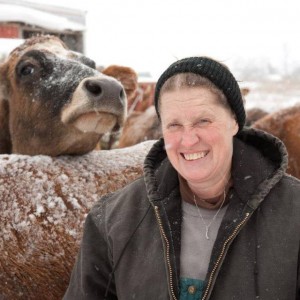 When George Washington was crossing the Delaware in the middle of winter, you can bet it was tough, but you can also bet it wasn’t the first time those farmers had gotten cold. Today’s farmers are outside working in all kinds of weather–snowstorms, rain, hail, high winds, and stifling heat.  This winter, when many folks in Indiana had snow days from work or school, farmers were out in the elements, taking care of their cows.

The Continental Army was fighting the best-trained, best-equipped, and most successful military in the world when they went up against the British, and they were basically farmers and militia members who oftentimes didn’t even have a uniform yet.  That kind of optimism is what gets farmers through the droughts, the bad milk price years, the sick animals, and all the other minor to major catastrophes that can befall a dairy farm throughout the year. It’s tough, but farmers know that things always get better.

Many of the “soldiers” joining the Continental Army had to bring their own supplies or make due with what the rebel army had. Farmers are experts at fixing things, reusing things, inventing things and otherwise figuring out how to solve the problem with the tools available. In addition to milking cows, most farmers double as crop growers, mechanics, market analysts, and builders.

Something about being connected to the land, depending on the ground beneath your feet for your family’s bread and butter, gives you a strong tie to your homeland. America’s farmers do a lot for their country, too, by producing enough food for the United States to be a net exporter of agricultural products and to make inexpensive, safe food readily available throughout the country.